Nationwide Pet Insurance: The Right Choice For You? 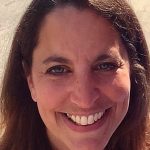 As part of our research into the pet insurance industry, we decided to take a look at the largest provider in the US.

And that of course is Nationwide Pet Insurance.

With their rapid expansion throughout North America, we decided to review this company in detail.

In this article you will learn about Nationwide plans, coverage, costs, customer satisfaction, and a lot more.

Nationwide is the number one pet insurer in the United States. With more than 2 million claims processed since 2018 and more than 700,000 animals insured at any given time.

They provide both wellness and medical coverage in one plan, which is rare among the policies offered in the pet insurance industry.

How Does Nationwide Insurance Work?

With Nationwide Insurance, you are free to use any vet. You don’t have to change just to find a vet that accepts your insurance.

After you see the vet and pay the bill, you submit your claim to Nationwide. In other words, you pay the bill up front and Nationwide reimburses you if they determine that you qualify.

The benefit schedule reimburses you a set amount according to Nationwide’s schedule, regardless of how much you paid.

Nationwide considers ‘reasonable’ for the service. If you see a vet that charges high prices, you may only get a small percentage reimbursed.

Keep in mind that Nationwide will only reimburse you for the covered charges minus any deductible you’re responsible to pay.

If you file the claim online, you typically receive reimbursement within a matter of days unless Nationwide underwriters need more information.

This is the ‘cream of the crop’ at Nationwide. It covers wellness, injury, and illness.

This covers the ‘unexpected’ issues you come across with your pet, including injury and illness. It covers exams (not wellness exams), lab tests, surgery, medications, hospitalization, and chronic conditions.

This strictly covers your pet’s well visits. It covers the exam, vaccinations, and cost of preventative flea and heartworm medication.

Both Whole Pet with Wellness and Major Medical cover ‘most’ major issues that your pet could experience. The Major Medical plan does limit the coverage on certain conditions, such as ACL, cherry eye, collapsed trachea, elbow or hip dysplasia, and juvenile cataracts.

The Whole Pet with Wellness plan provides 90% reimbursement after you pay your deductible with no limits. The Major Medical plan has limits and has a defined amount for each injury or illness. If you exhaust that benefit for the year, you can’t access it again until the following year.

Nationwide, like any other pet insurance company, has some exclusions. While they do keep it to a minimum, they have to exclude certain issues in order to keep the insurance affordable.

Each plan has its own restrictions as well, which you can see in detail here.

The actual cost of your premium will depend on a variety of factors:

Nationwide underwriters look at the risk of you filing a claim for your pet for a major injury or illness. The higher the risk, such as occurs with pets with long medical histories or older animals, the higher the premiums become.

Just like with your own health insurance, the higher the deductible that you choose, the less you pay in premiums. Just keep in mind that you’re on the hook for the amount of the deductible before Nationwide will reimburse any portion of the vet bill.

Nationwide makes it easy to submit a claim. You can do it online, following the prompts and completing the process in a matter of minutes.

As with any service, there are both positive and negative customer reviews. We’ll highlight the reviews for both categories below.

Nationwide processes claims within 30 days, but they typically reimburse clients much faster. They will respond with either a reimbursement, request for more information, or reason the claim was denied.

Nationwide is one of the only providers that offer coverage for exotic pets. This includes birds, rabbits, goats, reptiles and rodents. The insurance covers the same issues it would cover for a dog or cat, giving exotic pet owners peace of mind.

This is a yes and no answer. Yes, they cover it after a 14-day waiting period (you must wait 14 days after you start the insurance). They do have ways to exclude it though. If your pet has any bone or joint conditions, fractures, or other issues that may cause hip dysplasia, it may not be covered.

Do I need to show pre-existing conditions?

If your pet has an issue before enrolling in insurance, it may be excluded from coverage. The only way around it is if your vet can prove that the pet has been cured of the issue for at least six months.

Is pet insurance cheaper if the pet is neutered?

Insurance rates may be cheaper for pets that are neutered or spayed because of the lower risk they cause. It may seem strange, but pets that aren’t neutered have a higher likelihood of straying from the home.

When animals are always from home, they have a higher likelihood of contact with other animals.

This more frequent contact puts your pet at risk for diseases and illnesses that he/she may otherwise be less prone to if staying at home. Neutering or spaying your animal helps keep him/her healthy as well as ensure lower premiums.

Should you choose Nationwide Insurance?

Whether or not you should choose Nationwide Insurance depends on your needs. If you are going to choose the Major Medical plan, be ready for numerous exclusions.

If, however, you can afford the Whole Pet with Wellness Plan, it may be worth your while. This is the plan Nationwide pushes and provides the most/best coverage for your animals.

As you should with any service, shop around before choosing pet insurance. Each policy has different exclusions, reimbursement levels, and requirements.

Look at the policies side-by-side to decide if Nationwide Pet Insurance is the best option for you or if there is better coverage that may suit your animal better. 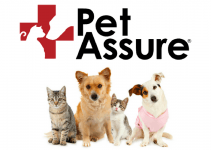 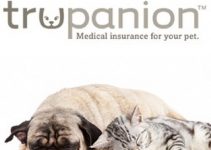 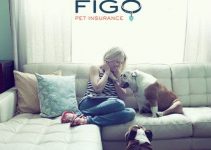