The Islamic faith have a unique set of beliefs towards death and dying. This can be seen in their practices and attitudes towards funerals.

This article will talk about some of these Muslim funeral traditions.

We first discuss what happens before and at the time of death.

Later we’ll cover what a typical ceremony is like, their rites and rituals, along with funeral prayers.

Finally we’ll talk about funeral attire, burial practices, and whether cremation is permitted. The whole community participates in a Muslim funeral. It’s not unusual for someone to attend the funeral of someone they don’t know well.

It’s comprised of prayers, rituals, and rites. Prayers are recited outside the mosque, normally in the courtyard.

What Muslims do when someone dies?

When a Muslim’s death is imminent, the whole family and closest friends are there. They believe that the dying see things that the living cannot.

They go through an agonizing period called a death struggle, which is filled with unimaginable agonies.

Friends and family gather around and offer the dying person courage, to help them endure the agonies.

They chant and encourage the dying person to say “Shahada” meaning that Allah is the only God.

The goal is that the person says those words at the exact time of death.

Just after the death

The eyes and mouth of the deceased are closed, the body is covered with a sheet. Their head is positioned to face Mecca.

Family and friends ask Allah to forgive the sins of the departed, which is referred to as “dua”. It’s crucial that the body is completely clean. It must be cleansed at least three times, either by the spouse or a same sex family member.

If it’s still not clean after three times, it is washed as many times as necessary. However, it must be an odd number of times.

A woman’s hair is cleansed and put into three braids.

Shrouding is completed using three white sheets. They are first spread out and stacked one upon the other. Then the body is placed on top of them.

The left hand of the deceased is placed on the chest. The right hand is then placed on top of the left.

The sheets are brought over the body one at a time. First the right side, then the left, until they are all wrapped around the body.

A rope is tied at the top of the head and another below the feet. One or two ropes are tied around the middle of the body. Bodies are Placed in Front of Iman

Men and women typically sit separately. Traditionally the women sit at the back.

An Imam (Islamic priest) or the oldest male family member stands at the front facing Mecca, and the body is placed in front of him.

With his back to the mourners, he presents the funeral prayer.

A Muslim funeral is very quiet. There should be no talking to one another. Even the prayers are mainly said silently with only parts of them spoken aloud.

It would be unusual for music to be played.

Crying for the dead is perfectly fine and expected. However, loud weeping and wailing is not looked upon well.

After the prayers, the deceased is taken to the burial location, usually carried by male family members.

What do Muslims wear to funerals?

Muslims generally wear white. They believe that white is associated with humility and wholesomeness.

However, it’s also appropriate to wear drab and dark colors that fit the somber occasion, such as black, brown, and gray.

Men should wear plain pants that do not show any skin. The shirt covers everything up to the neck. Nothing should fit tightly. A woman’s clothing should cover everything but their face and hands.

Skirts should go down to the ankles and long sleeve blouses should cover the arms and preferably come up to the neck.

It’s best not to use makeup at all. If you must, then do not wear anything that makes you stand out such as bright lipstick.

It’s a good idea to bring a headscarf to cover your hair and neck.

If in doubt, call ahead and ask about the appropriate attire.

When attending a Muslim funeral, the main thing to keep in mind is dress modestly. Wear clothing that will make you blend in and do not draw attention to you.

Stay away from bright colors or flashy jewelry. Be prepared to take off your shoes.

How long is the funeral?

The actual funeral service is typically brief. It’s mainly comprised of saying the funeral prayers. There is no eulogy.

This part of the service will likely last less than an hour.

However, they believe the funeral begins before the person dies and ends after the burial. Family and friends usually say the funeral prayer to themselves, lead by the Iman. They form three or more lines.

The first in line is the most closely related male, who is followed by the other men.

After that, follows the children and then the women. The Iman, who delivers the prayer, faces toward Mecca, with his back to the others and the body is placed in front of him.

Muslims are required to say at least five prayers daily. It is basically those five prayers that are said at the funeral, with a few differences.

They stand during the prayer at a funeral, not bowing as with daily prayer. Most of the words are spoken silently, except for a few portions. Views of proper etiquette for sending of flowers to the family can vary between the different Muslim sects.

Simplicity and moderation are emphasized in the Islam religion, therefore gifts of flowers are frequently not given.

In most cases, they prefer that you donate to a charity in the name of the deceased.

Immediate family normally orders the flowers. They are placed close-by or inside to the casket.

The best approach is to either contact a local Muslim authority or ask the family what they prefer. Muslims believe that at death, they are buried and remain in their grave until the day of judgement.

Good Muslims will go to paradise and experience peace. Those who have led a sinful life are destined for hell, and will begin their suffering.

Preparations for the funeral should begin immediately, because the deceased must be buried as soon as possible.

It’s typically no longer than two days, but is frequently within one day.

For that reason, there is also no preliminary viewing, ceremony, or eulogy. Embalming is not performed and there is no autopsy, unless required by law.

Also, transporting the body to another country is rare. They are typically buried in the place where they die. After the funeral, the casket is taken to the burial site by four family men. The grave is dug parallel to Mecca. The body is placed lying on their right side, also toward Mecca.

In some areas, everyone can be present at the burial. However, traditionally women are not allowed to attend.

The mourners who are present throw three handfuls of dirt onto the casket.

They say, “We created you from it, and return you into it, and from it we raise you a second time.”

At that time, family members lower the casket and the grave is filled. A small, modest marker is allowed. In most cases, a burial at sea is not permitted except under extraordinary circumstances.

For instance, if the person dies while at sea and the body cannot be transported back to land due to a long distance.

Muslims typically should be buried in the ground.

Can Muslims Be Cremated?

Cremation is forbidden in the Islamic religion. It is considered disrespectful to the dead. A Muslim should not burn anyone, witness a cremation, or approve of it in any way.

The only exception is if the person died due to a contagious disease.

Even then, the potential for the disease to spread must be proven and permission received from the authorities.

Haram is anything that is expressly forbidden by the Islamic religion. It is the highest form of prohibition.

There is a long list of actions that are considered haram, including the practice of cremation. Other examples are:

When pertaining to funerals, it is considered haram for a Muslim to attend a non-Muslim person’s funeral.

On the other hand, some make an exception if there is a personal connection, such as a co-worker or a non-Muslim relative. The mourning period begins from the time of death. The time period varies depending on a person’s relationship to the departed.

Four months and 10 days is the mourning period for the widow.

During that time, she is not to move from the house shared with her husband. In addition, she must wear modest clothing and no jewelry.

She is not allowed to remarry another man.

The period of mourning is only three days and he can plan to remarry during that time.

The mourning period is also three days. They share and express emotions for the departed while they prepare for the funeral and welcome visitors into the home.

It’s not typical for a Muslim family to use a funeral home in their homeland. However, for Muslims living in western countries such as the US, it is sometimes necessary.

More Islamic funeral homes and cemeteries are opening, which have been difficult to find in many areas. Finding an Iman has proven to be hard as well.

These funeral homes understand the need for a quick burial, without embalming. They are also culturally sensitive to Islamic customs and beliefs.

Most Muslim funeral homes wash the body and wrap it in a shroud. They transport the body to the place where the funeral will take place and then to the burial site. 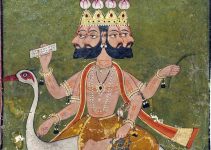