Cryonics Guide: Will It Replace Burial and Cremation? 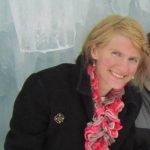 As morbid as it sounds, the only certain thing about life is its inevitable end.

With burial or cremation, we say goodbye to our loved ones’ bodies forever.

But what if their bodies could be reanimated at some point in the future?

It may sound crazy, but that is just what cryonics proposes to do.

Cryogenics is the study of how materials behave at very low temperatures.

This field of study helps us understand the chemical changes which occur when a substance reaches the lowest possible temperature of -273℃.

Presently this knowledge has been applied to the field of death care as human bodies are now being frozen in hopes of reanimating them in the future.

About 350 people all over the world have chosen to have their bodies frozen immediately after death.

Lots of paperwork must take place long before death if the cryogenic process is to take place.

Clients must complete all the necessary documentation and make sure funding is in place well ahead of time.

The freezing process must begin within 2-15 minutes after the person has been declared legally dead.

Then the body is packed in ice and injected with chemicals to keep the blood from clotting.

The body is then transported to a long-term care facility for final cooling and perfusion, a process in which the patient’s blood is slowly and carefully replaced by special substances to protect against ice formation.

They are then slowly cooled to  a temperature of -196℃ and preserved in liquid nitrogen in a special storage unit called a cryostat.

Can It Actually Happen?

For most of us, this idea seems creepy yet weirdly hopeful at the same time.

It reads like the plot of the most far-fetched science fiction novel.

But is it possible that this science fiction may simply become…science?

As you can imagine, the issue is by no means simple.

Here are the different schools of thought on whether this is medical science or wishful thinking.

In 2015, the MIT Technology Review published an article debunking cryonics as a false science.

Their main point is that human consciousness is much too complex to recreate.

Even reconstructing the consciousness of a roundworm, a far less complex organism than humans are, remains beyond us.

In addition, we have no evidence that major organs such as the heart and the kidneys could be successfully frozen and thawed.

Promoters of cryonics declare that indeed there are other specimens of life which have been frozen and reanimated.

These include insects, vinegar eels, and even embryos which later became human children.

Recent advances in biology point to the hope that we can do even greater things in the future.

We already know that victims of cardiac arrest can sometimes be saved through lowering body temperature. Who is to say that we couldn’t use it to save more people at some later time?

As you can well imagine, there are many misunderstandings about this radical approach to post-death care.

Here we debunk some of these common myths.

Although it’s true that the process of cryonics involves lowering your body’s temperature substantially, it’s not at all the same process as simply throwing something in the freezer.

The chemicals placed in your cells (through a process called vitrification) actually protect tissue and organs from freezing.

The goal is simply to slow all molecular movement to a standstill so that the body can be preserved in its original state.

It’s Only For Deceased People

We now understand that death is not an abrupt event. In fact, it’s a lengthy process which happens in stages.

However, life processes continue within cells and tissue until they gradually cease and begin to decay due to the lack of oxygenated blood.

In cryonics, the patient is stabilized before this gradual decay can begin. Tissue and organs are kept viable through artificial means, similar to the emergency procedures employed for cardiac arrest patients.

It’s Not Respected By Scientists

As with most controversial issues in the medical field, there are some experts who support cryonics and others who do not.

Unfortunately, the credibility of cryonics has been undermined by some “bad press” and over-sensationalized reporting.

Because of this controversial reputation, there are some scientists who have dismissed the idea without bothering to research it thoroughly.

In spite of this, there are at least 60 prominent scientists who have publicly endorsed cryonics by signing an open letter in support of it.

There is still a considerable amount of work to do to secure legal rights for cryonicists.

In most states, the next of kin has the right to determine what happens to a loved one’s body after death. Even if the deceased person has a legal contract with a cryonics facility, their wishes are often undermined by family members who bury or cremate them instead.

However, representatives of cryonics facilities are diligent about going to court to fight for the rights of those with whom they have legal contracts. In many cases, they can even file an injunction to stop an autopsy.

Because this is still a new method, there are still some ethical questions around it which remain unclear.

For example, if the cryonic facility runs out of money or the technology fails, does it still have a duty to care for the patients entrusted to them?

On a more existential level, can we even preserve all the complex components of a person’s true identity?

If someone is successfully reanimated 30 years from now, would they be able to function as their true self in a society that’s sure to be radically different from what they remember?

These are all questions that the cryonics community still needs to grapple with.

So assuming you want to preserve your body after death for future revival, who can you go to?

There are two reputable American organizations worth looking into if this route holds any appeal for you.

The Cryonics Institute offers an impressive level of stability.

Here are some of the advantages to choosing this company.

The mission of the Cryonics Institute, as stated on their website, is to provide the highest possible quality at the lowest possible cost.

As a non-profit, they are committed to benefiting their members.

The Institute asserts a passionate belief in the possibility of a radical extension of the human lifespan, giving patients a second chance at life, youth and health as expressed in Robert Ettinger’s 1962 book “The Prospect of Immortality.”

The Cryonics Institute was founded back in 1976 by Robert Ettinger, the scientist credited with starting the cryonics movement.

Ettinger became a celebrity after the publication of “The Prospect of Immortality.” He appeared on talk shows and spoke with newspapers and magazines on the topic.

In 2004, vitrification became part of the cryopreservation process, based on the work of researchers Greg Fahy and William F. Rall.

Since their beginning in 1976, the Cryonics Institute has cryopreserved a total of 100 patients who are still successfully preserved at the facility.

The Cryonics Institute is owned by the membership and governed by a board of twelve directors, all of whom demonstrate personal passion for the ideals of immortality that cryonics represents.

They have established a rapid and effective system incorporating the best aspects of emergency medicine and mortuary care.

They have teams of funeral directors specially trained  in the science of cryonics. These highly skilled and effective teams can be dispatched anywhere in the world when their services are urgently needed.

Another leader in the newly-emerging field of cryonics, Alcor is a reputable organization to look into if you want to explore the option of cryopreservation.

Here are the things you need to know.

Alcor is a non-profit organization based in Scottsdale, AZ.

Founded in 1972, they specialize in cryonics research and technology.

Members have the ability to use life insurance towards the cost of cryopreservation.

Presently, Alcor is working on technology to preserve the information in the brain which comprises memory and identity.

Alcor has clearly prioritized the five components of their mission as follows:

Their first suspension was in 1967, carried out while Alcor still went by the name of the Cryonics Society of California.

The most recent was a 77-year-old man who had been a member of Alcor since 2000.

The number of patients in cryonic suspension with Alcor has risen steadily since its founding.

The cost of cryonics can be prohibitive, as it is much more expensive than other deathcare options.

The Cryonics Institute typically charges a one-time cost of $28,000, which can be covered by life insurance.  This cost includes storage as well as vitrification perfusion.

For a whole body cryopreservation, Alcor charges $200,000, also payable through a life insurance policy. There is also an option to preserve only the patient’s head for $80,000.

The practice of cryonics demands a radical reimagining of everything we thought we knew about death.

Maybe death isn’t as final as we have always believed.

If this is true, then it opens up a whole new way of thinking about our post-death rituals.

Naturally this leaves us with many questions.

Here are some of the most common questions about cryonics.

Has anyone successfully been revived after the procedure?

As of this writing, no human has yet been revived after their body temperature has been lowered to a level far below freezing.

However, the point of cryonics lies in the hope that technology will eventually advance enough to allow this to happen.

There is an expectation that the field of molecular nanotechnology will discover ways to reverse any damage caused by the cryonics process.

To that end, cryonics patients are cared for until such time as they can be revived safely.

Can cryonics patients be alive?

This question is tricky, because there are multiple definitions of “dead.”

By law, the cryonics process cannot begin until the patient is legally dead.

Usually, a medical professional declares someone legally dead if they have stopped breathing, their heart has stopped beating, or brain activity has ceased due to the removal of life support.

But the philosophy behind cryonics is that we will one day have the ability to resuscitate these patients.

Breathing and blood circulation are restored immediately after legal death so that essential organs continue to function.

For that reason, cryonics patients are not considered dead. Instead, the term “cryopreserved” is used.

When does the process begin after death?

Ideally, the cryonics process should begin as soon as possible after the heart stops beating, usually around one or two minutes and certainly not more than fifteen.

If it takes longer, the process of restoration could pose more of a challenge.

That’s because any decay of the circulatory system can make it more difficult to circulate the chemicals necessary to prevent ice formation.

Can you use your life insurance to cover the costs?

The most affordable way to fund cryonic suspension is by purchasing a life insurance policy in which you name the cryonics facility as the primary beneficiary.

To do this, you just have to purchase a life insurance policy in an amount sufficient to cover the cost of cryopreservation. Then you make a monthly payment.

Depending on your age and health, payments could be as little as just a few dollars a month.

What’s the chance of this working?

There is a lot of evidence to support the idea that cryonics may actually work someday.

Based on what we know about tissue regeneration and molecular repair, it seems likely that in the future, every patient will be able to fully recover from any injury.

However, it’s important to note that there are no guarantees about how much of the patient’s memory and personality can survive the cryonics process.

As of right now, most scientists concede that revival of cryonic patients’ remains a distant dream.

There are many scientific problems which must be solved before full resuscitation can become a reality.

Still, who knows? A lot can happen in a few decades.

50-100 years from now, maybe death as we know it will be obsolete thanks to this new science. 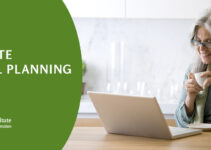 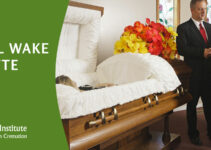